The aim of the RHA's #LoveTheLorry campaign is to promote the haulage industry to schools, communities, and colleges so that as a collective the industry can attract the next generation of workers.

According to the RHA, the road haulage and logistics sector is the fifth-largest industry in the UK, employing 1.8m people with a collective turnover in excess of £78 billion.

It is responsible for the movement of 85% of goods in the UK, and without it the economy would grind to a halt, affecting every single element of the supply chain.

However, despite projected rapid growth in the road haulage and logistics sector, there is an intrinsic lack of young talent being attracted to the industry, which is the driving force behind the Love The Lorry campaign.

As an industry, we need to raise the profile of the industry.    To support the campaign we have created our own infographic with some key facts about Kinaxia Logistics.

Kinaxia Logistics has nine businesses currently in the Group, and we are proud to support this initiative. 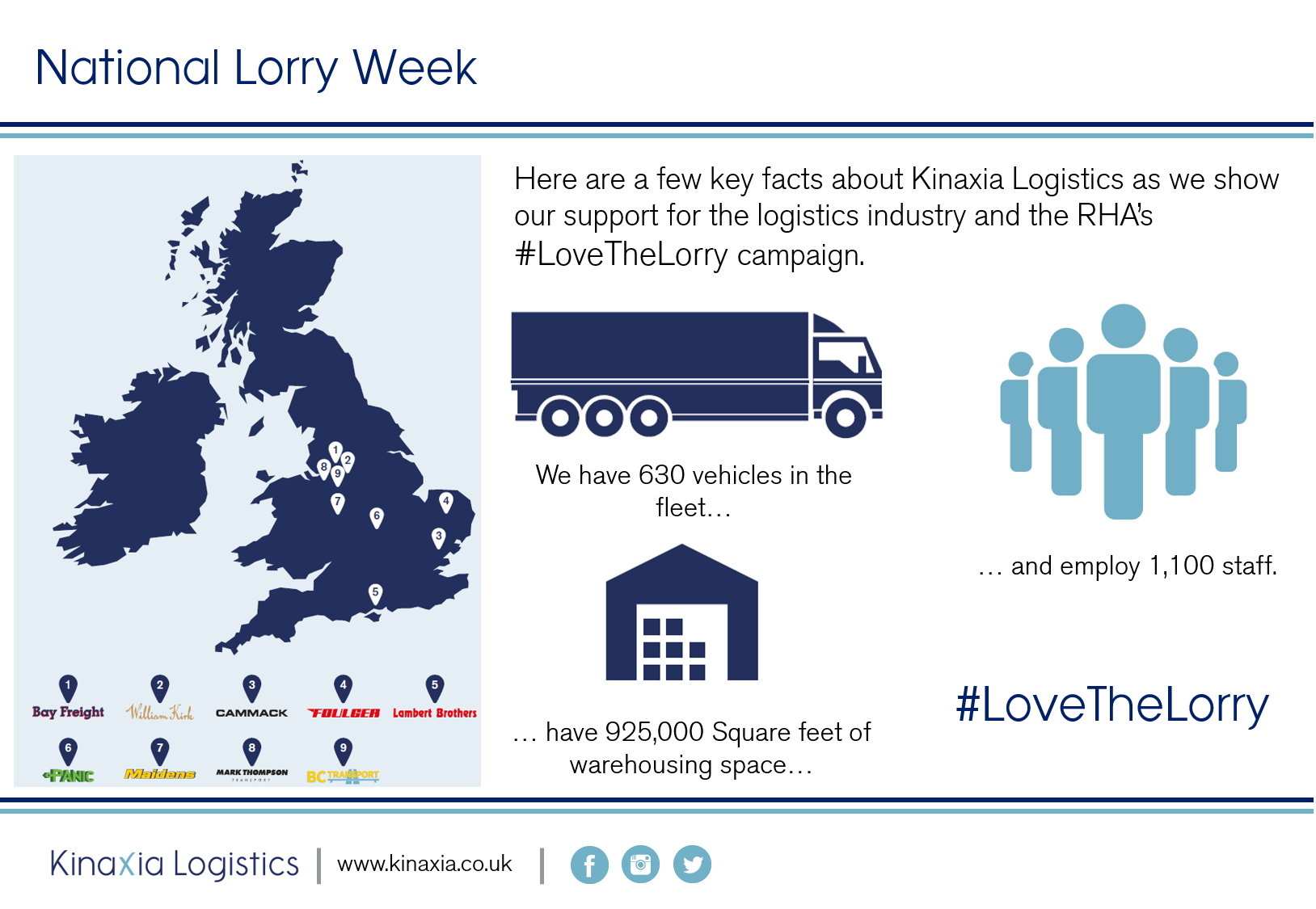