Fresh Freight offer many efficient transport and logistics services, from same-day courier services to warehousing and freight forwarding. Beginning the business in 1975, they started by delivering fresh produce to and from Gateshead wholesale market in a second-hand Roman truck. Fresh Freight have continuously grown over more than four decades, with joining the Kinaxia Group in late 2018. (Read more information on this in our Q&A with FFG's Managing Director, Dominic Quigley). Along with all of this, FFG also offer an InXpress service, named as an 'International Parcel Solutions' service.

FFG have worked with InXpress for over 5 years, who innovatively allow customers to have direct access to various carriers. The flexibility of this service lets them choose the service and price that best reflect their current needs, interchanging between hours or days to fit the customers' demands. Similar to Kinaxia, the model works by keeping true to the service-driven ethos of the SME's. Allowing FFG to grow a strong relationship with InXpress.

InXpress awarding FFG as a Century Club Member, firmly displays the hard work and determination of the partnership. Furthermore, reflecting the success and positive effect it has had within the business. Earning a high sales margin is an endowment that is recognised by the Kinaxia Group. Congratulations! Kinaxia Logistics look forward to the acknowledgement of ongoing success across the group, through strong employee performances. 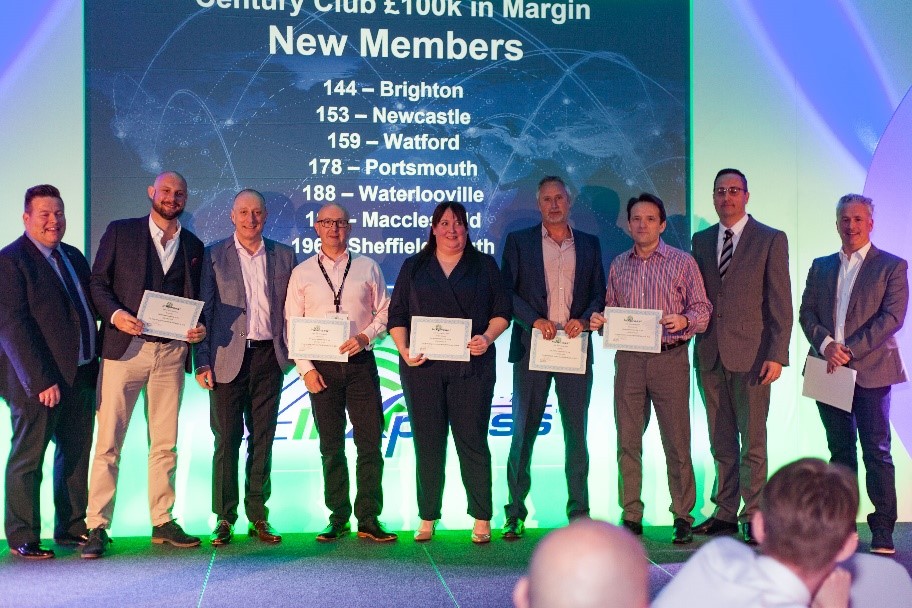